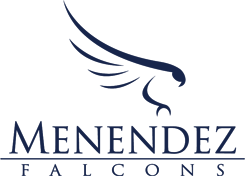 Played lacrosse at the University of Delaware from 1967-1971. Team recognized as Middle Atlantic champions in 1970 and 1971. 1970 team ranked 9th in Division 1. Began coaching at University of Delaware in 1972 as a Midfielders coach. Continued to coach boys youth and high school lacrosse until 2005, mainly on the eastern shore of Maryland. In 2005, my youngest daughter Rebekah wanted to learn to play lacrosse so I switched to coaching girls lacrosse. I have been coaching girls lacrosse for 15 years and currently coaching at Pedro Menendez High School.

Coach Emily Murphy is entering her 3rd year with the Menendez lacrosse program in 2020-2021. Originally from Joppatowne, Maryland, she began playing lacrosse at the age of 6. Emily was a 4-year Varsity starter and 2x captain for the lacrosse team at Joppatowne HS, graduating in 2014. She attended Temple University where she played a season of club lacrosse. Emily began her coaching career in 2009, coaching club and rec lacrosse, as well as rec and competitive cheerleading. Emily moved to Florida in 2017 and served 2 years as the head women’s lacrosse coach at DME Sports Academy (Daytona Beach). Prior to coaching at Menendez, she had a brief stint as an assistant coach at Matanzas HS. Coach Emily aims to provide our student-athletes with all the tools they need to be successful young women, on and off the lacrosse field.